Requiem for the Mall

The effect is clearly being felt not just upon the shopping habits of the consumer but upon the social infrastructure of this nation. 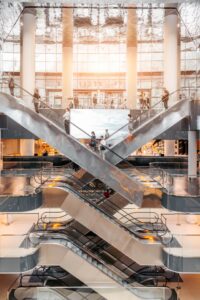 It will most likely have a crippling effect upon the revenue generated for municipal governments.

According to a report published by the International Council of Shopping Centers, shopping malls provide the country an estimated $400 billion in local tax revenue annually.

Shopping malls aren’t dead yet in America; there are roughly 1,000 shopping malls still operating in the U.S. today, according to Green Street Advisors.

Truly, shopping mall revenue funds many social services, such as police and fire, throughout the nation. Local governments will have to find another source of revenue, and that usually means higher taxes for everyone.

In addition to social services funded by tax revenues, many of the mall landlords may also find themselves in a financial pinch. Since the shops and malls have not been paying rent, that also implies that the landlords will face their own crisis. Some malls may not open again.

Tens of thousands of retail shops are not expected to survive the COVID-19 pandemic.

And for many malls, the demise of JCPenney has only accelerated the death rattle of struggling venues.

High tax states, such as New Jersey and New York, will be especially hit hard since malls account for approximately $65 million in real estate taxes.

It will be a big gap to fill in the short- and long-term picture.