■ Anna Jarvis organized the first Mother’s Day observances in Grafton, West Virginia, and Philadelphia, Pennsylvania, on May 10, 1908. As the annual celebration became popular around the country, Jarvis became the driving force behind Mother’s Day and asked members of Congress to set aside a day to honor mothers. She succeeded in 1914, when Congress designated the second Sunday in May as Mother’s Day. 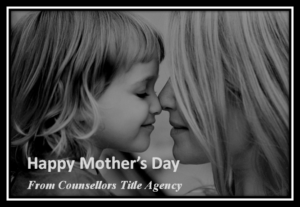 ■ More phone calls are made on Mother’s Day than any other day of the year. Approximately 122 million calls are made on the second Sunday of May.
■ Flowers are purchased by 69% of those celebrating Mother’s Day, spending an estimated $2.6 billion.
■ Greece was the first nation to celebrate a Mother’s Day as a spring celebration in honor of Rhea, the goddess of fertility and motherhood.
■ Mother’s Day is the busiest day of the year for restaurants. According to the National Restaurant Association, in 2018 about 87 million adults made plans to go to a restaurant for Mother’s Day.
■ Women are more likely now to become mothers than they were a decade ago. The share of U.S. women at the end of their childbearing years (ages 40 to 44) who had ever given birth in 2016 was 86%, up from 80% in 2006.
■ Over the past 20 years, highly educated women have experienced particularly dramatic increases in motherhood. In 2014, 80% of women ages 40 to 44 with a Ph.D. or professional degree had given birth, compared with 65% in 1994. The shares of women who were mothers also rose among those with bachelor’s or master’s degrees during this period, while rates of motherhood remained steady for women with less than a bachelor’s degree, at 88%.
■ As of 2014, there were 43.5 million moms in the States. These women are between the ages of 15 and 50, and have collectively mothered 95.8 million children.