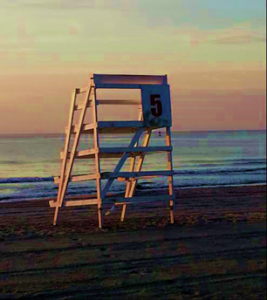 such as Bradley Beach. Usually rentals don’t post until February, but this year seems the inventory shortage is having an effect on summer rentals as well.

The good thing about early rentals is that they are paying the asking price, and being paid six months ahead of time.

Some rentals are meriting $4,000 for a week in high season, some report!

According to an article in the Philadelphia Inquirer, “Rentals in Ocean City’s prime ‘high season’ — from mid-July to mid-August — start at around $1,500 a week for a one-bedroom condo and go as high as $18,000 a week for a seven-bedroom house on the beach…[and] a four-bedroom apartment that rents for $4,000 a week in Ocean City.”

According to the article, the number of signed contracts is up over 33% from 2016.

In a lot of ways, 2017 represents a return to normal, after the chaos of Superstorm Sandy that left many of the quaint shore towns without adequate roads and properties still waiting for renovation.

The good news is that the 2017 summer tourist season is going to have a complete complement of restaurants, amusement parks, beach retail shops, and plenty of events to keep everyone busy.

Tourism is New Jersey’s second-largest industry, pulling 95 million people and $43.4 billion down to its 130 miles of coastline, spanning from Sandy Hook to Cape May. The thing about rentals is that if the weather holds up, and the renters are careful about the property, many come back year-after-year.

It is also great for the 318,000 jobs it created back in 2015: most likely that number will be significantly higher.