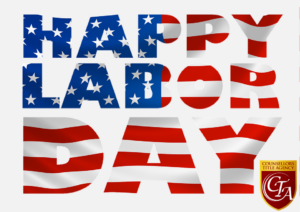 The History of Labor Day

Labor Day is a federal holiday that was established to recognize the contribution of American workers. Originally it came about by the efforts of the labor movement that took place in the late 19th century. Labor Day became a Federal holiday in 1894.

In addition to recognizing the achievements of America’s labor force, Labor Day weekend symbolizes the end of summer for many Americans and often involves street parades and athletic events.

Back in the late 1800s when America was in the throes of the Industrial Revolution, the average American would have worked 12-hour days and 7 days a week simply to earn a living. Even children were part of this labor force.

The Industrial Revolution supplanted the agricultural industry as the source of America’s greatest economic engine.