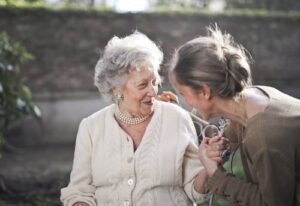 This represents the largest percentage increase of debt for any age group.

The actual cost of living has combined with higher property taxes, especially within states like New Jersey. The cost to carry a New Jersey home is 80% higher than the national average. Only seven states have a cost of carry on homes that is above 2%.

Seniors are being disproportionately affected by an overall deterioration in the country’s Social Security system. The key to carrying the debt is that people need to have the cash flow to pay their bills and still live comfortably.

The study sees that older Americans are seeing their debt levels increase significantly since 2000, placing additional strain on seniors’ finances. This has forced many older Americans to take on debt to make ends meet.

In addition, those in their 60s saw their debt, which includes mortgages and auto loans, also increase by 471% to $2.14 trillion. Even though other age groups also saw total liabilities soar over that same period, the percentage of increase carried by seniors was higher than expected.

Seniors have been “disproportionately harmed” by a deterioration in the country’s “modest social safety net,” forcing older Americans to take on debt to make ends meet, according to a 2018 academic study on bankruptcy among seniors.