Americans Get More In Debt

Americans, like never before, owe more money than ever. You might consider that since the economy has picked up significantly over the last 18 months, the debt level would decrease, but it hasn’t. 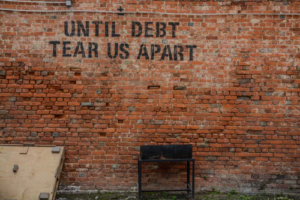 Right now according to the Federal Reserve, outstanding consumer debt has exceeded $4 trillion for the first time.

A big part of the debt is attributed to the past holiday spending season. Holiday spending in the U.S. for 2018 was estimated to exceed $1.1 trillion, which is up more than 5% from 2017, according to an annual consumer survey from Deloitte.

Rising interest rates as well as rising student loans and car loans added another $80 billion. Right now it is estimated that Americans are spending approximately 10% of their disposable income on non-mortgage debts, including credit cards and auto, personal and student loans. On a comparative basis, this is 13% higher than during the Great Recession, which some see as being ‘manageable.’

The average American credit card balance is $4,293. This puts the total credit card debt at its highest point ever, surpassing $1 trillion, the Federal Reserve found.

The big elephant in the room is the outstanding student loan debt, which has tripled in the last ten years and now stands at $1.5 trillion.

WalletHub estimates that 86 million Americans or 1 in 3 people believe they’ll max out their credit card when making a large purchase. What complicates the issue even more is that credit card interest rate for the average card is currently 17.41%, according to CreditCards.com’s latest report. This is a full percentage higher than the 16.15% from 2018, and 15.22% from 2017.

The good news is that credit card delinquency rates, or late payments over 90 days past due, are not increasing at the same time.