Amazon has officially pulled the plug on its move to New York City, specifically to Long Island City. 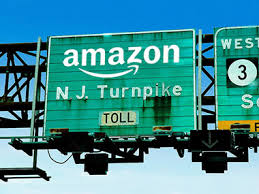 What is amazing is that the internet behemoth retailer felt that its decision to move to the Big Apple would not be in its best interest, considering the public outcry against the company.

So now that Amazon has officially canceled plans to build a headquarters in New York, the quest is where will it go now. The reality that this huge deal could be hijacked by local politicians who were incensed by the tax breaks given to this company came at a time when Jeff Bezos didn’t have the stomach for the vitriol.

This decision comes after years of politicking and pitching the company, with plans coming from over 20 other potential sites. Obviously, such a massive project would impact people, no matter where they eventually ended up.

Now the bar is reset, and those cities back in competition for the 25,000+ jobs know that solidarity is going to play into the strategy for any plan.

Even though the company stated that it will not reopen a search for a new location, instead focusing on its plans to build a second headquarters in Arlington, Virginia, no doubt other cities will attempt to pitch a deal that is too good to turn away from. It will continue to operate its center in Nashville, as well as growing the 17 other offices and tech hubs it runs in the U.S. and Canada.

“While polls show that 70% of New Yorkers support our plans and investment, a number of state and local politicians have made it clear that they oppose our presence and will not work with us to build the type of relationships that are required to go forward with the project we and many others envisioned in Long Island City,” the company wrote in a statement posted to its website.

Amazon’s current 5,000 employees in Brooklyn, Manhattan and Staten Island will stay put, and the company expects to expand these teams. This rebuff from Amazon is clearly a big political black-eye for Governor Cuomo, who prides himself as a people’s governor.

“We are disappointed to have reached this conclusion – we love New York, its incomparable dynamism, people, and culture – and particularly the community of Long Island City, where we have gotten to know so many optimistic, forward-leaning community leaders, small business owners, and residents,” Amazon wrote.