Eatontown Planning Board approved the redesign of the Monmouth Mall by a vote of 7 to 1 on July 16th, 2018. 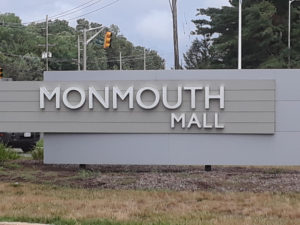 With the approval to turn what is currently the Monmouth Mall into a cutting-edge live, work and play shopping mecca, the functionality of the new design will look to bring this work-play concept to attract tenants to a higher-end idea that re-envisions what the new cultural complex of work-relax and retail looks like.

The new development will be called The Heights at Monmouth, with a great deal of emphasis on creating outdoor corridors with entertainment uses.

There is some concern that an additional 700 proposed apartments will have a negative impact upon the total overall logistics and traffic patterns that surround the present Monmouth Mall.

These new apartments are proposed to be built close to the homes on Windsor and Sand Spring Drives, where many of the homeowners are concerned about the proximity of the project.

This proposed development is slightly increasing the leasable space from 1.54 million to 1.62 million square feet. The town rezoned the mall property to a Mixed-Use Regional Center Zone. With this ordinance, the developers would be permitted for the new uses of the mall property.

The developers and owners see the mix of shopping, eating and dining, as well as entertainment, coming into play. There are also plans to provide medical office space.

The anchor tenants, JCPenney, Lord & Taylor and Macy’s, will not be technically impacted by the renovations and changes of the current developers since they own their buildings. This could actually work in their favor, considering that the developers expect to build out 700 apartments which logically create a built-in customer base. According to a report, there was a small group of objectives from the town that potentially could appeal the board’s approval.

Kushner Companies has partnered with the New York-based real estate group, Brookfield Properties to develop the new concept from the old-fashioned mall design into something that they believed to be a walkable community.

The Monmouth Mall
The Monmouth Mall is currently the fourth largest shopping mall in New Jersey. It contains over 150 retail shops. It opened on March 1st, 1960 upon what was originally a farm owned by the Valentino family.

The original anchor stores of the mall included Bamberger’s, Montgomery Ward and Alexander’s. It even included, for a time, two levels of Abraham & Strauss as well.