The Danger of Multitasking

With the barrage of information that has become so easily accessible today, in any location, the chance of being data-deluged is not only very real, it is probably occurring without your knowledge. 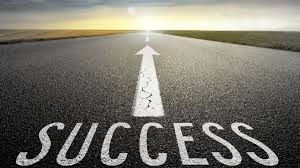 Everyone wants your email, your mobile phone number and even your location. All of this personal information makes our brains data targets. The science of the mind, though, points to the fact that our brains are designed to focus on one thing at a time. All this data is slowing us down, according to scientists. Multitasking comes at a cognitive and physical cost, since it requires additional energy resources to maintain this multi-switching / multitasking culture.

This is based upon MIT neuroscientist Earl Miller.

Multi-switching creates new and non-productive neural patterns that trigger the release of dopamine, a reward hormone. Brains love dopamine; you see, it is dopamine (not heroin) that we are actually addicted to; drugs only trigger its release, which, according to scientists, creates a dangerous feedback loop.

Multitasking/multi-switching is actually becoming very problematic with the new knowledge economies, causing some scientists to begin to look upon email/Twitter/Facebook-checking as a neural addiction.

One of the effects of multi-switching is that it causes us to find it more difficult to organize thoughts and filter out irrelevant information. This ultimately reduces our efficiency and quality of our output.

A University of London study showed that subjects who multitasked while performing cognitive tasks experienced significant IQ drops, similar to those who smoke marijuana.

Other Highlights
■ Multitasking has also been found to increase production of cortisol, the stress hormone.
■ Brains that are constantly shifting gears increases stress and tires us out.
■ Studies have shown that the opportunity to multitask, such juggling your inbox, can reduce your effective IQ by 10 points.
■ The constant trigger of a new email in our inbox keeps us ever-distracted.
■ A McKinsey Global Institute Study found that employees spend 28 percent of their workweek checking emails.
■ For men, multitasking can drop IQ by as much as 15 points, essentially turning you into the cognitive equivalent of an 8-year-old.
■ New research suggests the possibility that cognitive damage associated with multitasking could be permanent.

■ Establishing an email checking schedule.
■ Commit yourself to checking emails only three times a day
■ Multitasking is a bad habit to put a stop
■ Turn off notifications
■ Create set email checking time slots throughout the day